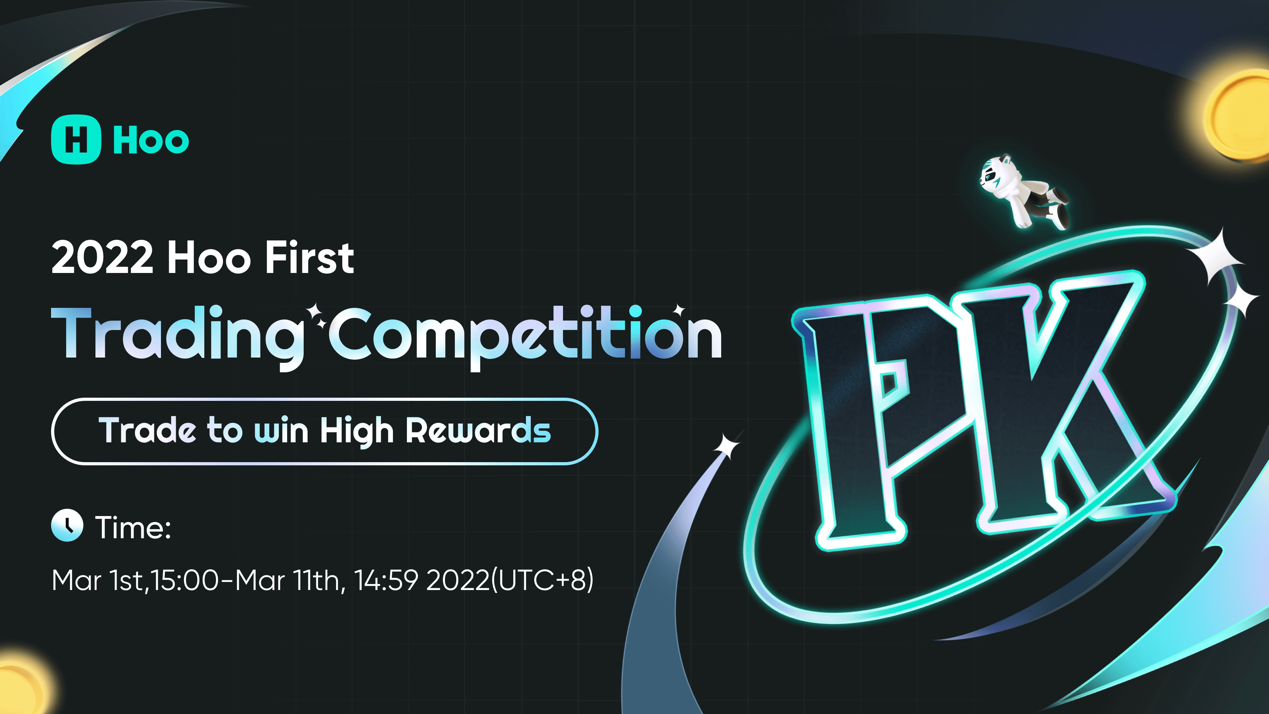 Trade with Hoo and win the incredible rewards from the prize pool!

The first-ever trading competition on Hoo will be launched on the 1st of March 2022, with the highest prize of 200,000 USDT to be won from our prize pool!

*The calculation on the number of valid participants in the event only includes the number of users who registered for the event and have traded above ₮100 equivalent cryptocurrencies after the campaign has started.

Our risk control system would detect the cheating users in the campaign, and the number of cheating users would be deducted from the total number of participants. For example, the batch swiping, Market maker account, and other behaviour to inflate prize pool would not be accepted.

Each individual registered as a part of the group would be allocated to the group competition section. And the ranking of each group during the competition would depend on the total volume of transactions. The amount of reward for each individual who participates in a group campaign would be based on their contribution rate of the entire team.

The distribution method for group competition would be conducted in the following format:

For example, if the total number of valid participants during the Hoo trading competition is above 10,000, then the allowance of prize pool would be ₮50,000; thus, the TOP 1 team during the competition could earn ₮6,000 in total; if one of the team members takes up 50% of the contribution rate of the entire team, the exact reward this individual could get during the campaign is ₮3,000.

The distribution method for individual competition would be conducted in the following format:

For example, if the total number of valid participants during the Hoo trading competition is above 10,000, then the allowance of the prize pool would be ₮50,000; thus, the TOP 1 individual during the competition could earn ₮1,500 in total.

About the trading competition:

Hoo aims to launch this trading competition to enhance the liquidity further and endorse the customer engagement of our exchange. The prize pool is set to award all the customers who would actively join the campaigns of our exchange; thus, the set-up of the prize pool encourages each participant eligible for earning incentives and rewards from this trading competition. Moreover, please note that cryptocurrency is subject to high market risk due to the volatility of the crypto market. Hoo is dedicated to listing the high-quality and high-potential crypto assets for our users, but the investors should take their own responsibility for their investment decision.